What Is The Difference Between Marijuana and Hemp? 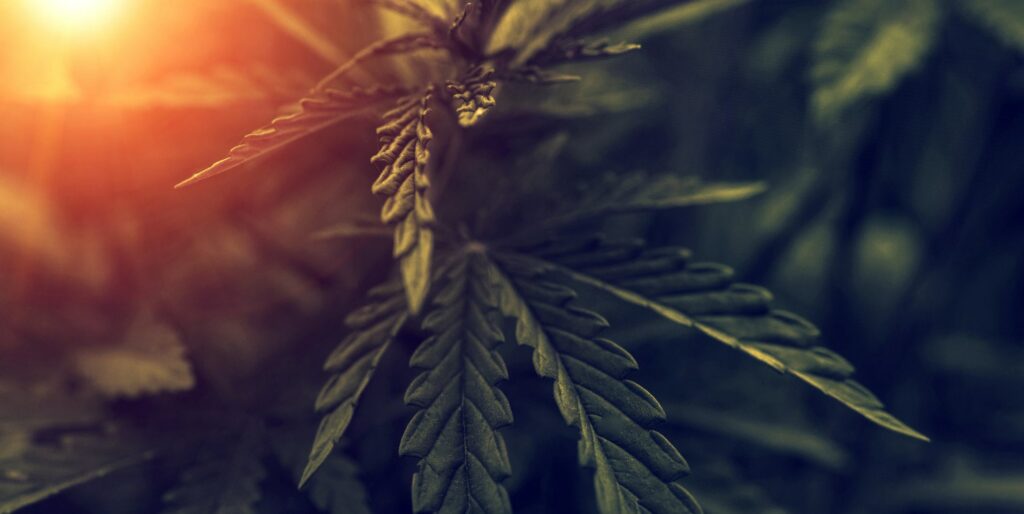 Hemp ticks all of those boxes, but it’s not marijuana.

As the legal hemp market continues its rapid growth, an increasing number of consumers are querying the differences between hemp and cannabis. If they both come from the same place, how can the legal status and reactions be so different?

What’s The Difference Between Hemp and Marijuana?

One of the biggest misconceptions concerning hemp and marijuana is that they are different species of plant.

In fact, both hemp and marijuana plants come from the Cannabaceae family.

The main difference relates to the tetrahydrocannabinol (THC) content of the plant and plant material.

THC is one of many cannabinoids found in cannabis plants. It’s the substance responsible for producing the marijuana “high”.

If the plant contains no more than 0.3% THC by dry weight, it’s legally defined as hemp. If it contains more, it becomes marijuana.

This legal definition is the main and most important difference between hemp and marijuana, but there are others.

One of the biggest differences between hemp and marijuana is that the former is federally illegal while the latter is not.

As noted above, the law distinguishes between hemp and marijuana based on their THC content. Hemp must contain no more than 0.3% THC by weight to be legal at a federal legal.

This number was first proposed by Ernest Small in his 1979 book, The Species Problem in Cannabis. Small noted that there was no taxonomical difference between hemp and marijuana and proposed the 0.3% THC content as a differentiator.

This number became the official legal definition in 2018, following the passing of the Agricultural Act (commonly known as the Farm Bill).

The act legalized hemp at a federal level, ushering in the age of legal cannabinoids (CBD, CBG, CBN, CBC).

People’s Responses To Hemp vs Marijuana

THC is a potent cannabinoid that is used both recreationally and medicinally.

Recreational marijuana is used as a euphoriant and sedative. Medical cannabis is used in the treatment of everything from low appetite to instilling a sense of peace and calm.

However, there are potential side effects as well, including dry mouth, red eyes, anxiety, and fatigue.

These concerning side effects are why marijuana legalization remains such a contentious issue worldwide.

Hemp and legal cannabinoid extracts don’t produce the same reactions. There is no research suggesting that CBD oil can lead to an increased risk of psychological problems or other long-term health issues. Furthermore, the lack of heavy sedation and fatigue means it can be used throughout the day and while performing everyday activities.

Hemp and CBD products may also help with relief and recovery, rest, and everyday stress support.

FAQs About the Difference Between Hemp and Marijuana

If you still have a few questions about hemp, marijuana, and how they differ, check out these frequently asked questions.

Hemp-derived CBD is completely legal if it contains no more than 0.3% THC. That applies to CBD oil, CBD isolate, and all other extracts and formulations.

However, CBD derived from marijuana is prohibited under the Controlled Substances Act.

The same applies to other cannabinoids.

Is Hemp Or Marijuana Better?

It depends on what you’re looking for. Both hemp and marijuana come from the Cannabis sativa plant, but there are stark differences between the two.

Hemp-derived CBD is the better option if you don’t want to get high but are still seeking a sense of calm.

Hemp oil is extracted from hemp seeds. It is also known as hemp seed oil and is primarily used as a cooking ingredient. It does not contain CBD or other cannabinoids, terpenes and flavonoids. If you want to try CBD, look for concentrated CBD products as opposed to hemp seed oil.

Is There Any THC In CBD Products?

CBD products contain almost no THC, but there are trace amounts in full-spectrum extracts.

As a result, you may still fail a drug test if you’re using full-spectrum hemp CBD. You would likely need to consume a lot of it over a prolonged period, though.

Will I Get High From CBD?

Legal hemp-derived CBD products contain very little THC, the psychoactive compound that produces the cannabis “high”. As a result, it won’t have the same mind-altering effects as marijuana and other drugs. Some users report feeling more relaxed and calm after consumption, but it won’t get you high like you do with THC derived from marijuana.

How Much CBD Is In Marijuana Plants?

Most modern strains of cannabis contain more CBD than they used to. The average is typically less than 5%, but some strains go as high as 15%. As they are marijuana strains and not CBD strains, they also typically contain a lot of THC.

How Do Growers Keep THC Levels Low In Marijuana Plants?

Hemp growers don’t simply scatter seeds of industrial hemp and then hope for the best. They use specially-bred variants of the cannabis plant to ensure they produce high levels of CBD (and other desirable cannabinoids) and low levels of THC.

The hemp plants are then monitored as they grow, making sure they don’t exceed the legal THC levels. This monitoring continues once the plants are harvested, dried, and stored. If they exceed legal THC limits at any stage, they may need to be destroyed.

Summary: What’s the Difference Between Hemp and Marijuana?

To summarize, the marijuana plant is the same species as the hemp plant. It produces many of the same cannabinoids and other compounds.

The main difference is that hemp is federally legal while marijuana is not. Marijuana has been legalized or decriminalized in many US states, but it is still listed as Schedule I under the Controlled Substances Act.

Hemp & CBD won’t get you high and using it is perfectly legal. The same can’t be said for marijuana.